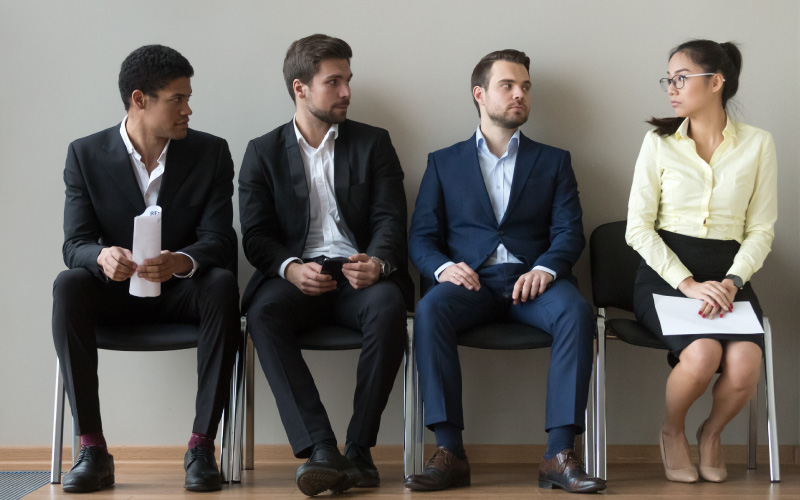 Answers to Your Questions About Gender Discrimination

What is gender discrimination?

Gender discrimination involves differential treatment or harassment of an employee on the basis of their gender or sex.

In 2020 the United States Supreme Court held that “An employer who fires an individual merely for being gay or transgender violates Title VII.”

Can anybody experience gender discrimination in the workplace?

While most people think of gender discrimination as occurring between a male superior and female subordinate, gender discrimination can occur between individuals of any gender or the same gender. In the same way, policies that favor either men or women may be discriminatory. A type of policy that could benefit women is allowing women more flexible work schedules, based on the idea that they are more likely to have childcare responsibilities, but not allowing men the same flexibility.  This policy would be discriminatory because it favors one gender over another and is based on stereotypes about men’s and women’s roles in the family.

Workplace discrimination usually occurs between an employer and employee, employees with levels of seniority (superior and subordinate), or co-workers. In some instances, however, an employee can experience gender discrimination by a client, vendor, or subcontractor, particularly if an employer knows about the discrimination and has not taken action to prevent it from recurring.

Have I experienced discrimination?

There are many forms of gender discrimination. It can be different, less favorable treatment at any stage in the employment process, including help-wanted ads, interviews, pre-employment testing, hiring, job assignments, shift assignments, promotions, compensation, benefits, job training, layoffs or termination.

This kind of discrimination may be very direct, such as when an employee is not hired or is fired because of gender or gender characteristics/stereotypes. It can also be more subtle, such as an employer’s policy that inherently discriminates against members of a certain gender without a real business need. For example, if the employer requires all employees to meet certain physical lifting requirements, women may be affected by this rule more than men. For an employer to legally maintain such a policy, the physical lifting requirements must be clearly related to the legitimate demands of that particular job.

Gender discrimination may come from supervisors, co-workers or in limited circumstances from other individuals, such as vendors, clients or subcontractors. If your employer is creating or allowing an intimidating, hostile or offensive work environment to exist, these practices are also against the law.

​Gender discrimination can also be harassment experienced by an employee because of their gender or gender characteristics/stereotypes. Harassment can include “jokes” or comments about a particular gender or sex, derogatory comments about an employee’s sex or gender or gender characteristics, hostile comments or actions toward the employee based on his sex or gender, the display of drawings or pictures that negatively or lewdly portray people of a particular gender, or any other action that creates an intimidating, hostile, or offensive work environment, or interferes with the employee’s work performance. To be considered discrimination, harassing actions must be “severe and pervasive.” In other words, an isolated incident or “offhand teasing” would probably not be enough for a lawsuit.

Can my employer punish me for complaining about discrimination?

It is illegal for an employer to take any adverse or punitive actions against an employee for complaining about gender discrimination or other employment law violations. “Adverse actions” include termination, demotion, discipline, reduction of pay, or any other actions that would cause the average person to avoid making such a complaint. Adverse actions may occur outside the context of work and include threats, including threats of deportation or reporting a person to government authorities.

What should I do if I think I’m being discriminated against?

One important step to take if you believe you may be the victim of gender discrimination in the workplace is to keep a log of all harassing or discriminatory incidents and communications. A log can be a simple handwritten page showing the date of the incidents, what occurred, who was present, and any other relevant information. Your recollection will be best shortly after the incident, but there is no requirement that logs be kept within a certain period of time. Logs are especially important if you do not have any written materials or recordings of incidents.

You should save any communications, such as emails or memos, or social media posts that are harassing or discriminatory or that refer to such incidents.

The law limits the time that you can file a complaint about gender discrimination. In addition, many anti-discrimination laws require a two-step process of filing a complaint with a government agency (such as the Equal Employment Opportunity Commission or a state or federal Department of Labor) before you can file a lawsuit in court. Since you have a limited amount of time to file any complaint, you should contact an attorney as soon as possible after an incident of harassment or discrimination.

You should contact an attorney experienced in handling employment discrimination matters to discuss your personal situation and discover what claims you may have. The attorneys at Pelton Graham are experienced at advocating for clients who have experienced gender discrimination and are happy to talk with you about your experience. Consultations are free, and as contingency fee attorneys, we do not get paid unless we recover for you.